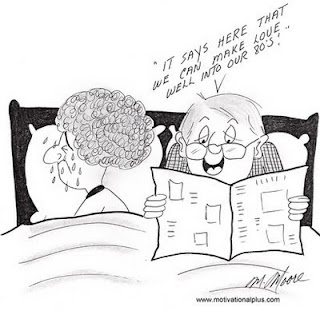 Regular readers of my blog may remember that I volunteered for an organization called Second Mile, where I was a “friendly visitor” to an elderly fellow named Aldo. The other day I attended a dinner held in honour of volunteers as their way of saying thanks.


As I entered the room I noted that the average age appeared to be about 70, which had me questioning whether I was in the right place. I was greeted and seated at a table with four elderly ladies who had already begun eating. While they politely introduced themselves, I still didn’t know what to make of it. Where were their friendly visitors, I wondered? After all, this night was all about the volunteers.

Soon I learned that these ladies, aged 81, 85 and 88 are volunteers. I was taken aback by their great health and engagement. These ladies challenge societal (and my) stereotypes of aging. I listened to stories of their grandchildren, gardening, volunteer work, and was inspired that they continue to live on their own.

I don’t know what their secret is, but maybe I should have rubbed their hand for a touch of the magic dust. We should all be so lucky. But in the meantime, let’s do what we can to show caring for those elderly folk who may not be as healthy…and show that caring for as a long as we are able.