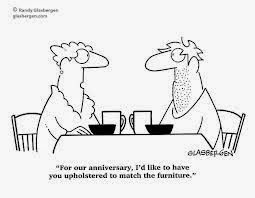 Though the Urban Dictionary has their own take, an anniversary can be generally defined as "a date that is remembered or celebrated because a special or notable event occurred on that date in a previous year". As I am celebrating several anniversaries - a relationship anniversary, a move-in anniversary and a work anniversary - very soon, I have been reflecting on these milestones and what they mean to me.

But first, I am impressed by the speedy passage of time. I shouldn’t be surprised really. As the old saying goes, “time flies when you’re having fun”.

As quickly as it may arrive, an anniversary is an opportunity to take the time to celebrate successes and in so doing, solidifies the learning we have been a part of – be that personal or professional. Rewinding the journey allows us to acknowledge how far we’ve come and invigorates us for the future ahead.

On the occasion of these anniversaries, I am making time to understand my achievements and the road that has taken me where I am...to acknowledge the people who have been involved and the experiences that have shaped my thoughts and progress, all in support of the next steps on the journey to new anniversaries.


But marking anniversaries is not only a way of recognizing our achievements, but an excuse to simply have fun…fun appreciating and celebrating with those who have helped make them possible.
Looking behind and ahead at the same time, I am equally excited by the prospect of what the future holds and I am proud of what I have accomplished. I feel energized and thankful for all the optimism, learning, love, opportunity and beauty I have in my life.
For those who are instrumental in this journey, I thank you for contributing to my growth and adding so much to my life.